To share your memory on the wall of Ruth Murphy, sign in using one of the following options:

Peacefully at Welland General Hospital on Tuesday, October 20, 2020. Ruth Murphy (nee Houser), wife of the late James Lloyd Murphy (2012), in her 87th year. Beloved mother of Barbara and Phillip Henderson of Wellandport and Jerry and Joan Murphy of Calgary. Loving grandmother of Ryan and Mardeen Henderson, Cheryl Henderson and Paul Marquis, Avery and Casey Baptist, Rachel and Evan Lea and Kaila Henderson and beloved great grandma and Nana of Drake Henderson, Lexi Marquis and Rowen Lea. Sister in law of Robert and Jean Murphy, Jack and Sandy Murphy, Dorothy and Adam Omelchuk and Alex Mylle. Predeceased by her siblings: Edna and Gerald Hanna, Edwin and Mona Houser, Gladys and Wilson Lawrence, Murray and Marian Houser, Donald and Jean Houser and Jean and Ken Gracey; and by brothers and sisters in law: Jean Cass, Evelyn Mylle, Tom Murphy and Susan Murphy. Ruth was a life-long volunteer, and received the Queen Elizabeth II Diamond Jubilee Medal for the role she played in serving her community. Ruth volunteered for over 50 years with the Salvation Army in Dunnville, with Special Olympics and served as Ladies Auxilliary President with the Royal Canadian Legion Branch 142 Dunnville. Special thank you to the staff and residents of Villa de Rose Retirement Home (Welland) for their support, kindness and loving friendships during her time with you. A private family graveside service will be held at Woodlawn Cemetery, Dunnville, on Tuesday, October 27 at 11 am. The graveside service is closed to the public, but those who wish may view the livestream on the funeral home Facebook page. If desired, donations to the Dunnville Salvation Army Community and Family Services would be appreciated by the family. Friends are invited to send condolences and sign the Book of Memories at www.ballardminorfh.ca
Read Less

Receive notifications about information and event scheduling for Ruth

We encourage you to share your most beloved memories of Ruth here, so that the family and other loved ones can always see it. You can upload cherished photographs, or share your favorite stories, and can even comment on those shared by others.

Posted Oct 28, 2020 at 10:07am
Our heartfelt sympathy for your loss. It was wonderful to learn of Ruth's service to her community and we have made a donation to Dunnville Family Services to honour her memory.
Andrew Galbraith & Corri Desaulniers
Comment Share
Share via:
BG

Posted Oct 24, 2020 at 05:28pm
My deepest profound sympathies to Barb and Philip, Jerry and Joan and their families. You've lost a great matriarch. This one is for Ruth. Dearest Ruth. I'm going to miss our telephone chats we've had back and forth. I'm waving goodbye to you from my heart. Love Sandy
Comment Share
Share via:
JM

Posted Oct 23, 2020 at 06:34pm
My thoughts and prayers are with Ruth’s family at this time. I have been blessed to call this beautiful woman my friend. Ruth loved to have visits, and my friend Cheryl and I loved to visit her. Her sense of humour and that lovely smile was contagious. We surely are going to miss her, but heaven is blessed.
Comment Share
Share via:
BW 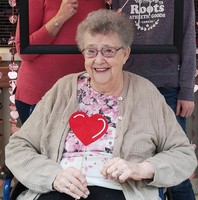 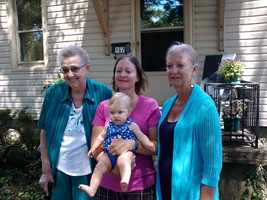 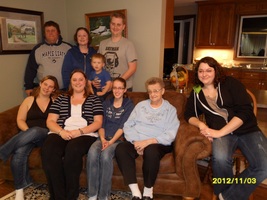 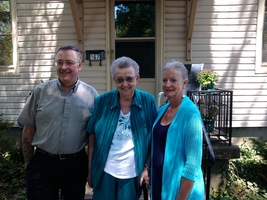