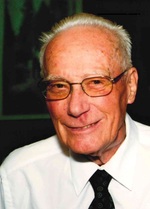 Jack passed away peacefully on April 19th, 2021 at the Haldimand War Memorial Hospital, after a strong fight with cancer at the age of 87. In Jack’s words, he had a “life well lived”.
He will be dearly missed by his loving wife and best friend Sandra. He was the caring father of Tim Murphy, Gail (Walter) Hogarth, Peter (Kim) Murphy, Jamie Stowe and Jodie (Glen) Faulman. Proud Grampa of Mallory and Sable Murphy, Steve (Michelle), Mike (Megan) and Dave (Sarah) Hogarth, Dylan Murphy, Bronwyn Luc, Gwynhwyfyr and Medraut Stowe and Great Grampa of Sophia Hogarth. Jack is survived by his brother Bob (Jean) Murphy, sister Dorothy (Adam) Omelchuk and brother and sister in laws Alex Mylle, Dianne Worrall, Joanne Villeneuve, Bette Lou (Joe) Robyn, Colleen (Dave) Sheehan,Terry (Dorothy) Lyons, George Cowell and Jim (Emily) Stowe. He will also be remembered fondly by many nieces and nephews. He is predeceased by brothers Jim (Ruth) and Tom Murphy, and sisters Jean (Don) Cass, Evelyn Mylle and Susan Murphy.
Jack was born to Clarence and Ellen Murphy in 1934. and after graduating from Dunnville High School, he enlisted in the Royal Canadian Navy, serving 5 years. While enlisted, he was engaged in the Korean Conflict. After being discharged, Jack started his career with Dunnville Consolidated Telephone, which became Community Telephone and later Bell Telephone. He retired after 42 years in the communication business. Jack was a talented woodworker, of both large and small projects, and could fix anything. Jack and Sandy had a great partnership; Sandy did the breaking and Jack did the fixing. In his quiet methodical way, he would always find a solution.
With Jack’s interest in electronics and communications, he enjoyed many years with the Dunnville Amateur Radio Club, he could often be heard signing in as VE3 FYU. He was a long time active member of Grace United Church and Scouts Canada and shared great memories with the members of the Big Lake Hunt Club. He was a charter member of the No. 6 RCAF Dunnville Museum and the Royal Canadian Legion Branch 142. Jack and Sandy were fortunate to enjoy many travels both abroad and in Canada and the US. Including several Caribbean and European River Cruises, they also spent many happy times and campfires at 'the farm’ with family and friends.
The family wishes to thank Dr. Blake, Dr. Fraser and Dr. Benger of the Juravinski Cancer Centre and the ER Department and staff of the 3rd Floor of the Dunnville War Memorial Hospital for their dedicated, caring and professional care. Family and friends are invited to view a live stream of the private family service which will be held on Friday April 23, 2021 at 1pm, with interment to follow at Port Maitland Cemetery at 2:15pm. Both livestreams will be available on the Ballard Minor Funeral Home Website and Facebook Page. In lieu of flowers, donations can be made to the No. 6 RCAF Dunnville Museum, Grace United Church or a charity of your choice in Jack’s memory. Friends are invited to send condolences and sign the Book of Memories at www.ballardminorfh.ca.

All rights reserved. This obituary is also archived at obittree.com