To share your memory on the wall of Garry Sorge, sign in using one of the following options:

Garry was a member of the Royal Canadian Legion. He loved his family, hockey and was never one to turn down a good game of pool. His presence and smile will be missed by his friends as wellas many in his community.
In keeping with Garry's wishes, cremation has taken place and a Celebration of Life will be held at a later date. In Memory of Garry, donations may be made to the Royal Canadian Legion Branch # 142 and would be greatly appreciated by his family. Arrangements have been entrusted to Ballard Minor Funeral Home, 315 Broad Street East, Duinnville, Ontario.
Read Less

Receive notifications about information and event scheduling for Garry

There are no events scheduled. You can still show your support by sending flowers directly to the family, or planting a memorial tree in memory of Garry Carmen Munroe "Fonz" Sorge.
Plant a Tree

We encourage you to share your most beloved memories of Garry here, so that the family and other loved ones can always see it. You can upload cherished photographs, or share your favorite stories, and can even comment on those shared by others.

Posted Mar 22, 2020 at 01:38pm
Sorry to hear of the loss of your brother, please know that you are in our thoughts and prayers.
Yvonne and Dave Larmour
Comment Share
Share via:
JA

Posted Mar 20, 2020 at 05:19am
Garry was one of the neighbourhood kids from Fairview Avenue, he loved the Leafs and was always present at the ball hockey games at Fairview School. He always had a smile for everyone. RIP Garry.

Posted Mar 20, 2020 at 12:22am
R.I.P my dear cousin, you will be greatly missed my many. You , Paul Aunite Colleen and Uncle Carm are together again, you will never be forgotten.xo
Comment Share
Share via:

Posted Mar 19, 2020 at 07:56pm
He and Gary Churcher coached me in tyke when I first played goalie, we stayed friends all these years but haven't seen him since we moved away. I used to hang with him at rink when he worked weekend till close and help clean up. Great guy , will be missed
Comment Share
Share via: 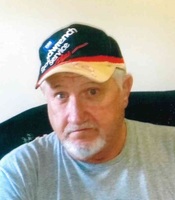